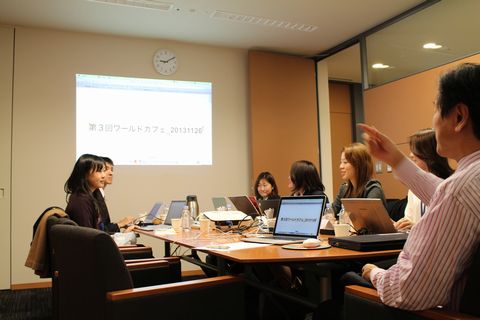 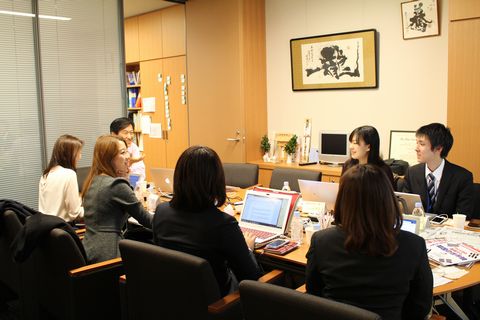 I asked the students about their impressions on Ambassador Caroline Kennedy.

Generally speaking, students have the impression that she will be playing a pivotal role across the Pacific, including the Japan-US relations.

Ms. Narita:
I have a very positive impression about her coming to Japan as Ambassador.
Ambassador Kennedy often mentions the word ‘friend.’ I sense her wish to make as many friends as possible across the Pacific.
I am sure that Ambassador Kennedy will deepen the relations between the United States and East Asia including Japan.

Ms. Li:
Japan is the gateway to Asia.
Therefore, I think that it is the U.S. Government’ view to exert more influence on the whole Asia through Japan.
I personally wish that she will run for Presidency and hopefully become the first female President of the United States.
I give my wholehearted support to Ambassador Kennedy.

Ms. Yoshizawa:
I really hope that the somewhat complicated situations in East Asia would be smoothened through her work.
Her father, President Kennedy, advocated the New Frontier spirit. Likewise, Ambassador Kennedy as Ambassador to Japan may explore the new frontiers for the U.S. in East Asia.
It may eventually lead to the Asia Pacific Community.

Ms. Oyamada:
Ambassador Caroline Kennedy reminds me of British Prime Minister Margaret Thatcher. I certainly feel the same aura in her.
I have a hunch that she will give a huge impact not only on Japan but also on the whole East Asia.

Mr. Arai:
It may be the US Government’s vision to build the new order of prosperity in the Asia Pacific region including Japan which has the enormous potential for further economic development.

Ms. Koike:
Some media reported that there is a hidden agenda in her assignment to Japan as Ambassador, which is to help her son, Mr. John Schlossberg, to go into politics.
I have heard the word “Kennedy Dynasty.”
Her distinguished services as Ambassador here may actually make it happen.
Although she has yet to show her real caliber, I do wish her best, and I believe she can.