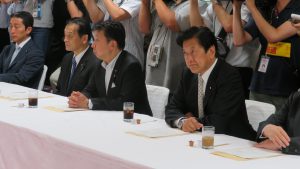 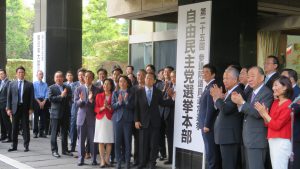 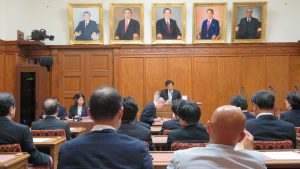 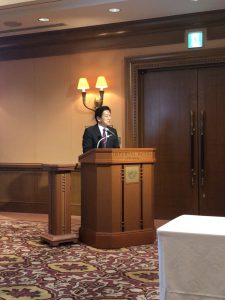 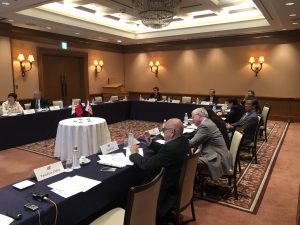 Thank you very much for the invitation to speak at this Osaka meeting. I very much respect the great work done by the Northeast Asia Economic Forum led by Professor Lee-Jay Cho, and also the great contribution by Korea Institute for International Economic Policy (KIEP).

Experts observe almost unanimously that the post-war world order, which has been called Pax American, is fading away. The American President is loudly proclaiming the “America First” slogan. America is busy taking care of itself.

Not only that, America seems to distance itself from the multinational international systems, such as NATO, the Paris climate accord, UNESCO, TPP, and so on. Pax Americana has already gone into a history.

There is also Brexit.

Is the world really being divided into fragments?

I am not sure whether Prime Minister Abe could reverse this trend during the coming G-20 summit.

To me, however, one thing is clear. Brexit is wrong. There is and will be no viable answer to realize Brexit which can obtain the majority of the British parliament. Whoever succeeds Prime Minister May, he or she will end up in the same misery as Prime Minister May, as long as Brexit remains the precondition. It is simply a wrong option.

My forecast is that Until a strong prime minister eventually appears and decides to concede that Brexit was a wrong choice, and Britain would like to stay in or come back to the EU, the agonizing process will go on without a sensible conclusion and Britain would lose whatever influence she enjoys now. In this sense, there will be no Brexit, I think.

By the same token, if the United States keeps its present course of action, it may suffer a significant loss of influence, which I hope would not be the case.

With the American president who says America First, we have to contemplate a new grand strategy to create peace and prosperity in the Asia Pacific region. I think the emphasis should be on how to connect the countries in the region.

Now please take a look at the handout before you.

TPP11 was effected at the end of last year, 2018. The ASEAN Economic Community was established in 2015. RCEP (Regional Comprehensive Economic Partnership) has been under negotiation.

Northeast Asia is the missing link.

With all these combined, TPP11, ASEAN Economic Community, RCEP, and some framework of Northeast Asia, we could envision a picture of a community-like alignment in the Asia Pacific region.

With this vision in mind, I have been studying possibility of framework for Northeast Asian alignment with Mr. Maeda and other experts, who are professors, journalists, businessmen, bureaucrats, for almost a year.

I submitted a policy proposal to Mr. Suga, Chief Cabinet Secretary, in March.

A big issue here is North Korea. What to do with it.

Japan and North Korea agreed in 2002 to conduct negotiations for normalizing diplomatic relations. The Japanese Government’s position has been that solving the issues of abduction, nuclear weapons and missiles must come first. And after the normalization talks come to a conclusion, talks will be held about economic cooperation.

Whether or when the talks will be held or not, I am not sure, though.

President Trump wants to achieve good results from his negotiations with Kim Jong Un, because he needs it as a part of his reelection campaigning. When he left his negotiating table in Hanoi, I think the real reason was Michael Cohen’s testimony back in Washington D.C. My guess is that President Trump got so annoyed and irritated by Michael Cohen’s testimony and he couldn’t resist a strong urge to fly back to Washington D.C., rather than staying at the negotiating table.

So we do not have to become pessimistic. I think the talks may be resumed some time not in the very distant future. And both sides, Mr. Trump and Kim Jong Un, want a good result. It is going to be diplomats’ job, not soldiers’.

In this context, our discussions here among experts to discuss financial cooperation in Northeast Asia and establishing Northeast Asia Bank for Cooperation and Development would be of immense value and useful to prepare an institutional framework for Northeast Asia eventually involving North Korea.

From a Japanese perspective, the actual implementation of any economic cooperation must come after the normalization talks are concluded.

From a Japanese perspective, there has recently been another big issue, South Korea. The anti-South Korean feeling among Japanese people has become extremely serious. It is shared by amazingly many Japanese.

Unless we solve this awkward situation or at least improve it, any discussion about financial cooperation or establishing a bank in Northeast Asia would be futile and meaningless.

South Korean people may think that they can say anything to Japan. It may have been the case, when South Korea was a younger country, but it has grown up to be a big country. It is expected to act as such.

I hope that this Osaka meeting may contribute to explore the ways to improve the serious deadlock between Japan and South Korea.

Thank you very much and I believe our discussion here will be very fruitful. Thank you.(end) 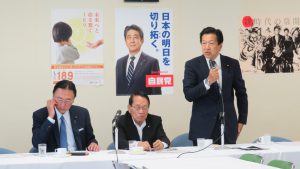 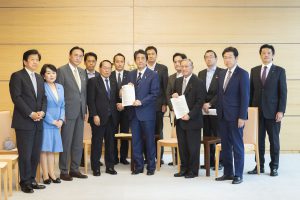